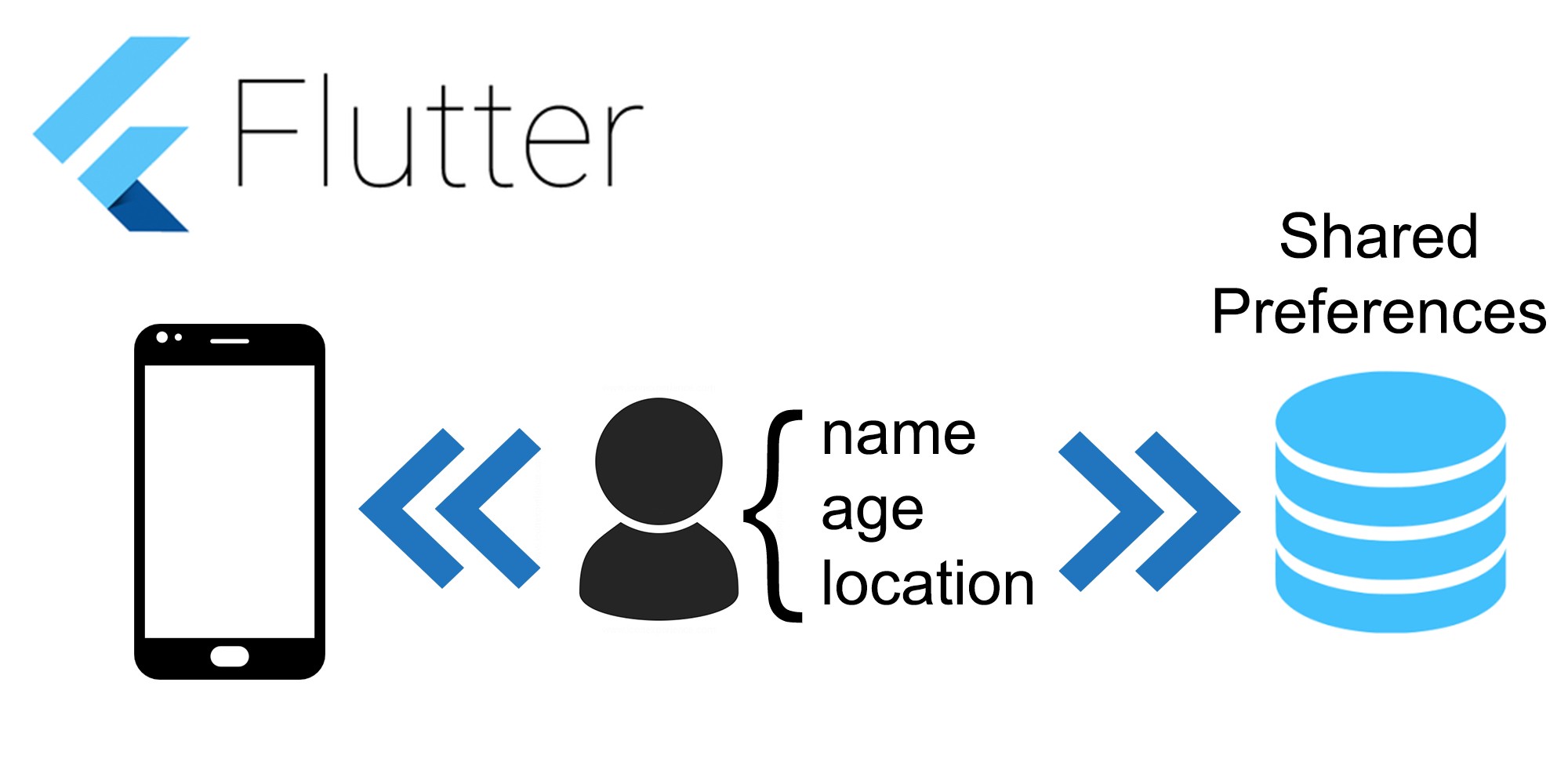 While developing a mobile application, you may want to save a custom object for later use, for example, saving a user’s info when the application is closed and using it when the app is opened later.

For our example, we’ll use a very simple object to store some user information.

Our object will have three attributes: name, age, and location; each one represented by a string.

Our class is really simple. In our example, it’s initiated as an object with null attributes and each one is assigned later.

To encode our user object into JSON, we must create a function inside the class that will do this conversion. It will create a map where each attribute (value) corresponds to a key:

This string will be saved in the SharedPreferences.

To decode from a JSON string to a user object, we must first use the function json.decode(JSON-String). This will return a Map<String, dynamic> which we can then convert into our user object:

Therefore, the final code for our user class will be:

SharedPreferences: Save and Read

First, in order to use the SharedPreferences, we have to use Flutter’s plugin for it. To do so, make sure dependencies in your pubspec.yaml file looks similar to this:

To save (write) something in SharedPreferences, we must provide a value that we want to save and a key that identifies it.

In our case, the value will be a string—the key is always a string.

The first thing we have to do is getInstance of the SharedPreferences:

Here, the code await will hold the program’s execution until we have the SharedPreferences instance. If you don’t understand asynchronous programming very well, you can read more about it in the Dart documentation.

After having the SharedPreferences instance, we’ll want to save the string value with a given key:

Remember that the value we want to save is a custom object, therefore, we need to encode it into a JSON string, as explained above. The code then becomes:

Our write method will be:

Give special attention to the fact that the function is "async".

The read method is similar to the write one and its code is the following:

Here we must check if the key exists and then decode the stored String (JSON string).

Prior, we should have organized every function used to manage the SharedPreferences in a class called SharedPref. The code is:

Demo: Use it in an App

Since the SharedPref methods are static, we can save a user object to our SharedPreferences very simply:

The tricky part of using this method for saving objects in a real app is retrieving the object itself, and not a Future<Dynamic>. The trick is having an asynchronous function in our app that will retrieve our object and update the application’s state when it’s ready.

As before, the await will make sure that the function’s execution is on hold until we retrieved the value corresponding to the key “user” from the SharedPreferences. After it, we create a user object from the retrieved JSON string and update our application’s State.

I created a simple demo application to showcase all the above. Here is a gif of the app in action:

And here is the code: